It’s officially Summer. June 21st. Midsomar (Midsummer) may not be as big of a holiday here in the US as it is elsewhere, but that’s no reason not to celebrate. So gather some friends for drinks and enjoy the heat for at least one day. Below you’ll find 22 songs that should carry you through at least part of your celebrations.

What do you know about the American Revolutionary War? Hopefully you know that we won. That’s usually a good place to start. You might know we fought the English when they were still truly Great Britain. Hell, maybe you’ve even seen the Patriot and have some inkling of how horrific the war actually was. More than likely though you don’t really know much. That’s where David McCullough comes in. He’s a two-time Pulitzer Prize winning author who specializes in historical accounts and biographies. You’re probably most familiar with his book John Adams, or more likely the superb mini-series HBO made based on it. But I digress, we’re here to talk about 1776. 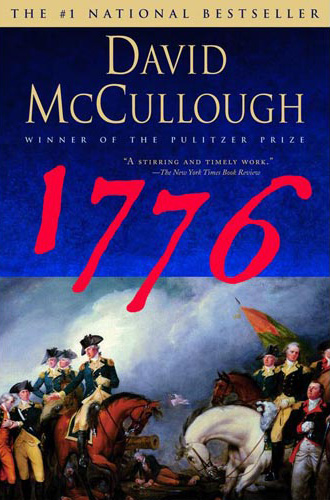 Let’s clear something up right away. This is a book about history. This is not a History Book. You probably won’t realize until you get to the end and see that the last 40 pages or so are filled with the references, bibliography, and index that this book is exhaustively well researched. But thank god it is because it’s the details that make 1776 what it is. The book follows the Continental Army from roughly the time Washington is appointed General/right after Bunker Hill all the way up through his crossing of the Delaware to rout the Hessian soldiers from Trenton. It primarily follows Washington and provides thorough insight to his psyche during these 18 months or so, but it also follows several other lesser known heroes of the Revolutionary War, the young men whom Washington came to trust most to help lead his army. 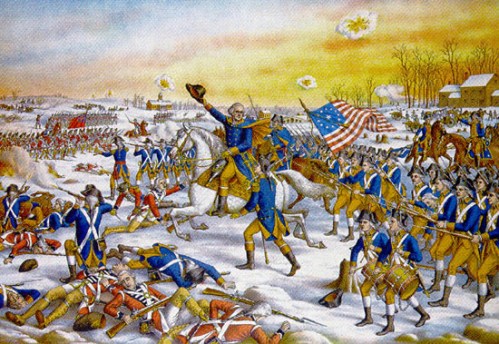 The book is not terribly long, less than 300 pages, but still manages to pack in a dizzying amount of easily digestible information without moving at a snail’s pace. Rather, McCullough gives you just enough to make you feel smart but not too much to make you feel like you’re studying for a midterm. I would definitely recommend this for Summer Reading as a nice break to all that fast fiction or lady empowerment comedy stuff you’re reading. Plus Independence Day is right around the corner.

You will probably never sleep again after watching that.

Here a few things to cheer you up: